Fama has been long-deserving for some time now.  He won basically for his empirical work on asset prices.

Fama teaches at the Booth School of Business at the University of Chicago and he is very much in the classic mold of a Chicago School economist.  I feared that with the financial crisis Fama would be too unpopular a pick, because many people misinterpret “efficient markets theory,” so this was a prize which valued the economic impact of the research over the trendiness.  That said, giving the prize to Shiller as well is a nod in the direction of behavioral finance and inefficient markets theory, so the committee covered all the bases.

Fama’s first key piece dates from 1965, and then through the 1970s he laid down the foundations for tests of efficient markets theory.  The bottom line to these early tests is that publicly available information does not predict excess returns.  That does not mean market prices have to reflect fundamental values of stocks (though Fama sometimes flirts with that claim too), but it does suggest that stock-picking, in the absence of information, will not on average outperform diversification plus random stock purchases.  The variables which earlier theorists thought might predict excess returns turn out not to.  Here is a good survey article, with Burt Malkiel, on where the efficient markets hypothesis stood circa 1970.

The remarkable thing about Fama — and a point which critics often neglect — is that Fama, working with Ken French, also has provided some of the best evidence against the efficient markets hypothesis.  See for instance this 1992 piece.  And see this piece too, with French from 1993.  Contrary to the earlier Fama work, it turns out there are some empirical predictors of excess returns, if you look hard enough for them.  The most notable of these are firm size and book to market value.  To put that more concretely, small firms, when they sink in market valuation relative to their book values, appear to yield excess returns in the future periods.  In this regard Fama’s later work is closely in tune with some of the later research by Robert Shiller.  One possible way of reading this empirical result (which I believe by the way Fama has never endorsed) is that the share prices of small firms show some mean-reversion upwards after they are hit by bad news; that could result for instance from imperfect liquidity in those share markets, combined with some measure of contagious investor sentiment.

The 1992 and 1993 pieces with French are landmarks in empirical finance and they set off a much longer literature trying to find predictors of excess returns on stocks.  Note that Fama holds open the possibility that real rates of return are changing in the economy, or risk premia are changing, and thus he does not automatically identify these empirical results with market inefficiency, as he had defined that concept in his articles from the 1960s.

Perhaps surprisingly, many of Fama’s best cited pieces are on organizations, control, and property rights, in the vein of Ronald Coase.  These pieces are not what won him the prize, but he provided an early and very insightful typology and analysis of different organizational forms, such as limited liability, non-profits, publicly vs. privately-held firms, and so on.  With Jensen he wrote a seminal piece on the separation of ownership and control, and why transactions costs might give rise to such organizational forms.  I am a big fan of his 1980 piece “Agency Problems and the Theory of the Firm.”  One contribution of this article is to show how the market for managers can boost firm efficiency, even when takeovers and other ways of disciplining managers are working imperfectly.  Also see his “Agency Problems and Residual Claims,” again with Jensen.  Fama’s work on organizational forms tends to suggest that observed market structures work relatively well, for reasons related to the work of Ronald Coase and transactions costs.

Fama has many other contributions.  He wrote an insightful piece asking what is special about banks.  It could be that deposit-taking banks have special information about the businesses they are dealing with.  This was a very important piece about inflation and stock returns.  Finally, one of Fama’s 1980 papers suggested that control of currency would suffice to pin down the price level and also control aggregate demand.  This piece continues to exert a strong influence on our own Scott Sumner, who argues that currency will suffice to achieve a nominal gdp target, even when credit markets are not operating very well (I don’t agree with that claim, by the way).

It is remarkable how many top flight, empirically important, and conceptually sharp pieces Fama contributed from 1965 through the mid 1990s, pretty much a thirty year period.  And after that he hardly fell apart in terms of research.  This is a very well deserved Nobel Prize.

Here is a fun New Yorker interview with Fama.  Here is Fama’s home page.  He is also an avid golfer.

7 reasons to pursue financial independence by Jon Chevreau
What can you learn from Mr. Efficient Markets now? 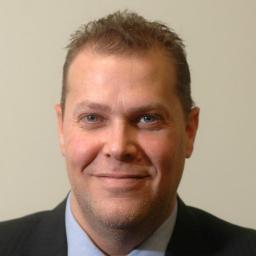